Sayed Haider "S. H." Raza (22 February 1922 – 23 July 2016) was an Indian Modern Master. His works are mainly abstracts in oil or acrylic, with a very rich use of color, replete with icons from Indian cosmology as well as its philosophy.He was awarded the Padma Shri and Fellowship of the Lalit Kala Academy in 1981, Padma Bhushan in 2007 and Padma Vibhushan in 2013. He was conferred with the highest French civilian honour, the Commandeur de la Legion d'honneur (Legion of Honour) on July 14, 2015.

Sayed Haider Raza's themes were drawn from his childhood memories spent in the forests of his native village of Babaria, in Madhya Pradesh. Raza's style evolved over the years - he began with expressionist landscapes, which became rigid, geometric representations of French towns and villages in the early 1950s, following his move to Paris. Later, the lines blurred and colour began to dominate; his theme was still landscape but it was now non-representational, speaking to the sentiment evoked by a place rather than its tangible aspects.

In the late 1970s, the artist's focus turned to pure geometrical forms; his images were improvisations on an essential theme: that of the mapping out of a metaphorical space in the mind. In the 1980s, the circle or "Bindu" became the central motif. Sacred in its symbolism, it placed his work in an Indian context.

The artist calls his work from the 1980s onwards a "result of two parallel enquiries." Firstly, it is aimed at a "pure plastic order" and secondly, it concerns the theme of nature. Both converge into a single point and become inseparable - the "Bindu" (the dot or the epicentre). "The Bindu symbolizes the seed, bearing the potential of all life."

Raza was one of the founders of the Progressive Artists' Group, along with K H Ara and F N Souza. After receiving a French Government Scholarship in 1950, he left for Ecole Nationale des Beaux-Arts, Paris. Raza was awarded the Prix de la Critique in Paris in 1956. In 1962 he served as a visiting lecturer at the University of California in Berkeley, USA. He participated in numerous exhibitions, including the Sao Paulo Biennale in 1958; the Biennale de Menton, in France in 1966; 1968 and in 1978; Contemporary Indian Painting at the Royal Academy in London, in 1982; Roopankar Museum of Fine Arts, Bharat Bhavan, Bhopal; Jehangir Art Gallery, Mumbai; National Gallery of Modern Art, New Delhi, in 1997; Celebrating 85 Years of Living Legend S H Raza, a travelling exhibition at Hong Kong, Singapore, Dubai, Mumbai, New Delhi organised by Aryan Art Gallery, New Delhi, and Raza – A Retrospective, Saffronart, New York in association with Berkeley Square Gallery, in 2007; Paysage: Select Works 1950s-1970s, Sovereign FZE, Dubai, in 2014; and Nirantar, Vadehra Art Gallery, New Delhi and Art Musings, Mumbai, in 2016. He was conferred the Padma Shree Award by the President of India in 1981, and the Padma Bhushan in 2007. 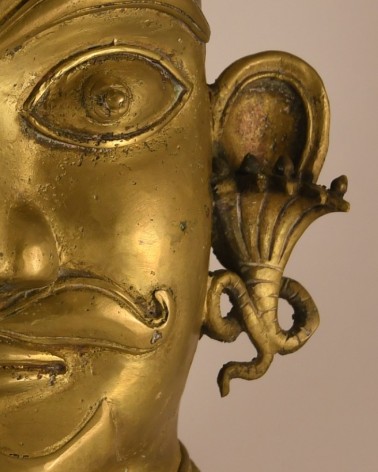